The first block of Bitcoin was mined just over 10 years ago on Jan. 3, 2009, and since then, the world’s leading cryptocurrency has become the go-to option for online gambling.

The digital coin’s nature of being unregulated by any government and allowing its users to make transactions anonymously has caused the Bitcoin gambling market to explode in recent years.

In the early days of crypto-gambling, wagering Bitcoin was done in the shadows and scams were everywhere, leading many to believe that using the digital currency for gambling purposes would always be a scam.

Over time this was proven to not be the case as industry-leading, licensed, online casinos and sportsbooks began adopting Bitcoin and other cryptocurrencies for depositing and withdrawing purposes.

In fact, over the past few years, several of the major players in the online gambling industry began accepting only Bitcoin and other valuable cryptocurrencies such as Litecoin and Ethereum – becoming exclusively a cryptocurrency casino as a result.

However, one major hurdle remained: How can players be 100 percent certain they are not being cheated by the online casino that uses solely cryptocurrency?

This is when the online casino operators designed a new method to prove that games were being conducted in a fair manner.

The first implementation of this new method was for poker, and it allowed players to verify that decks were being shuffled legitimately and even gave the players the ability to cut the decks themselves after being shuffled.

This newly introduced method, which uses an algorithm to allow players to verify that the online casino operator is playing fairly, became known as “provably fair gambling.”

But how does this work?

To start, before a player wagers on the game he or she is playing, the online casino operator publishes a cryptographic hash function known as the “SHA256 hashing algorithm.”

Using online provably fair poker as an example, the deck is shuffled, and the SHA256 hashing algorithm creates a digital fingerprint that is given to the player so he or she can see the hash displayed before playing.

Once the player verifies the hash, the deck is subjected to the “Mersenne twister” algorithm which generates random numbers after the verified hash (client seed) is combined with the operator’s hash (server seed).

The deck is then reshuffled with the “Fisher-Yates shuffle” (an algorithm used to generate random permutations of a finite set of numbers, like 52 in a deck) to ensure that neither the online casino nor the player knows the final card order of the desk.

Once the game has been played, the online casino operator provides the player with the hash, the server seed, and the algorithms used during the game, which allows the player to test the game’s response to evaluate the whether the randomness was used throughout the game.

Today, provably fair online casinos use more advanced algorithms for random seed generation, hashing, and for the random number generator itself which provide more transparency while doing so in a fraction of the time.

But what about cryptocurrencies? How do they make the online casinos play fairly?

Well, the cryptocurrencies don’t directly tie into provably fair gambling in terms of the algorithms used, but Bitcoin, Ethereum and others provide players with further transparency and more importantly – hold the online casinos accountable for winning payouts.

Because the blockchains for Bitcoin and others record all transactions in the public ledger, it provides further legitimacy to a provably fair online casino since any shady business means tarnishing the name of the business – forever.

Some cryptocurrencies, such as Ethereum and its use of “smart contracts,” provide players with separate, third-party verification methods outside the control of both the online casino and the player to ensure no tampering is done by either side.

Because of the rise in both the value of the cryptocurrency market and the number of people adopting digital currencies, the demand for online casinos to adopt cryptocurrency and provably fair methods have skyrocketed in recent years.

In fact, incorporating provably fair methods is so important to Bitcoin gamblers, it is estimated that 1 in 4 players using cryptocurrency will refuse to play at an online casino that does not offer provably fair gambling.

The implementation of provably fair methods at Bitcoin and cryptocurrency-focused online casino giants, such as FortuneJack for example, have been adopted to give players full transparency of the game being played and have helped bring online gambling out of the dark and into the light of the digital and information age.

Today, one could argue that a provably fair online poker game has more integrity and is more transparent than a poker game being played right in front of you at a real-life, land-based casino, where the cards can be seen and physically touched.

This is because your eyes can easily be tricked, but the algorithms and blockchains can’t be fooled.

Algorithmic and blockchain technology is becoming more advanced with each passing day and even more secure and faster results are the primary goals.

In turn, the amount of money being poured into investments for this type of technology is nothing but good news for provably fair gambling and cryptocurrencies, meaning both aren’t going anywhere, anytime soon and are here to stay.

Integrity and transparency are the cornerstones of both and if both are demanded by the players loud enough, then ultimately, it will be the players – not the online casinos – that will determine the future of how we gamble and play. 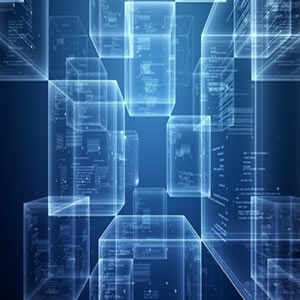