The online casino industry looks poised for some exciting improvements should things go according to one entrepreneur’s plans. Jez San, the founder of PKR.com, one of the most successful 3D poker sites in the market, is now turning his attention to online casinos. San is using the new cryptocurrency blockchain model to his advantage in hopes of bringing to online casinos what Uber brought to transportation.

San’s endeavor, FunFair, is based on the Ethereum blockchain. Ethereum is like another popular cryptocurrency, Bitcoin, in that it runs on a decentralized blockchain. The difference between the two is that Ethereum’s blockchain platform allows for developers to build software through it. An online casino existing on a peer regulated open source network will guarantee any games from being tampered with. This is known as Provably Fair gambling and is becoming more popular in the online gambling community. San’s total vision is to make FunFair a platform that hosts many online casino brands. FunFair makes up the back-end of the platform, allowing casino operators to launch their individual games and whole casinos. Similarly, companies like Playtech and Microgaming offer this service in the regular online casino sector (not on a blockchain).

The biggest problem with the current online casino market is trust, or lack thereof. This works to FunFair’s advantage. While reputable online casinos utilize Random Number Generator (RNG) technology to ensure fairness, players have no way of verifying if the game has been tampered with. Players must rely on inherent trust, which can be hard when there have been issues with cheating and unethical practices in the past. Provably Fair Technology works through cryptographic hash values assigned to each phase of the casino game. Players also add their own effect to the game through a player-seed value. Cryptographic hash values are unique, meaning any input values should return the same output values. At the end of a casino game, players have the option to enter in each hash value. If the results match up, it is guaranteed that there was no manipulation whatsoever.

FunFair is not an entirely novel concept. DAO.casino is a competitor with similar aims, but San believes FunFair has what it takes to emerge on top. Part of what makes gambling on the Ethereum blockchain is the speed of games. Ethereum-based games have been reported to be very slow, a but an innovative platform called Fate Channels that allows the games to be played at much faster speeds. San held a soft-launch demo where he expected to raise about $10 million, however the final haul was totaled at $26 million. This confidence in the new platform reveals the hype around its potential. San expects to raise even more money with his second fundraiser.

In order to be competitive with the regular online casinos, FunFair will have to feature high-quality games. Companies like Microgaming, Playtech and NetEnt and invested a lot of money in developing their games. Luckily for FunFair, San has a background in video game development as well as the capital raised from supporters. His skillset combined with the cash flow could go towards building numerous online games. FunFair has already released several game prototypes to showcase Ethereum’s capabilities.

Going back to the Uber comparison, San sees FunFair as completely disrupting the standing brick-and-mortar and regular online casino markets. Both cryptocurrencies and Provably Fair Technology are on the rise, setting up blockchain provably fair casinos for a successful future. Whether San’s vision comes true will take some time, but the pieces are in place. 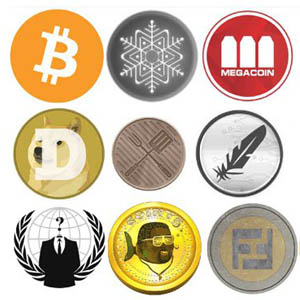